Rulote 4 Travel > Romania > The wooden churches in the historical Maramures 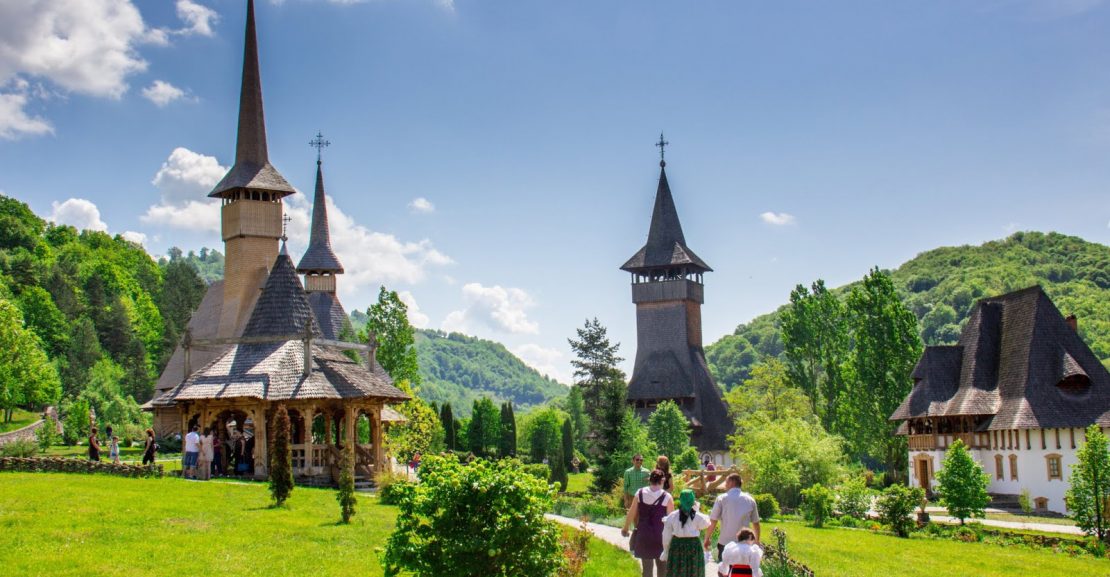 The wooden churches in the historical Maramures

We offer you a campervan journey with the purpose of visiting the historic Maramures places.

One of the most beautiful and most visited areas in our country, Maramures, offers many tourist attractions, both of natural, cultural and religious type.

If you have not yet managed to visit this land full of history and traditions, we propose a route that takes about 4-5 days.

Below you can find the map and route in detail. 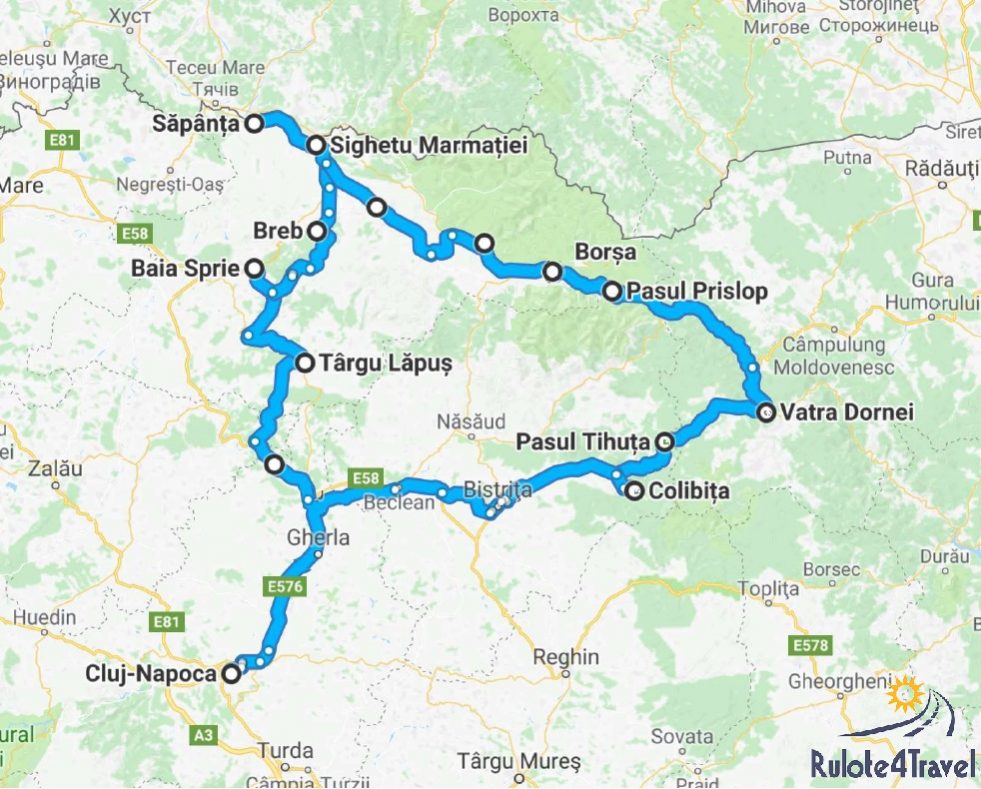 From Cluj Napoca we travel to Tara Lapusului (through Galgau because the road is very good from here – part through the Lapus defile), one of the four areas that formed the historic Maramures.

On our way, we pass through Rohia where we can stop at “Saint Ana” Monastery, one of the most valuable religious monuments and religious art in the area.

It is a documented city in 1291 and it is found just 10 km from Rohia and offers some interesting objectives. For example, in the village of Rogoz, we find the wooden church “Sf. Archangels Mihail and Gavril, an “impressive worship place in the UNESCO heritage and built in 1663.

The next stop is next to Baia Sprie at Blue Lake, which is said to be a unique lake in Europe, because it changes its color according to the season and to how the sun rises above it.

Blue Lake is reached from Baia Sprie, where you can go to a point, beyond the Catholic Church, on an unpaved road. You leave it at the edge of the forest and then climb through the forest, on a fairly steep road, marked by the blue cross, for 25-30 minutes.

You will sleep in Breb, one of the villages in Maramures that will conquer you on the spot. Its name comes from a missing animal (the bream was a European castor species) and the magnetism of the place also conquered Prince Charles, who bought two wooden houses here.

If you have the time and energy, you can visit the Rooster Rooster, in the Gutai Massif, a rocky mountain formation perfectly defined by its name or the wooden church, called the Archangels Mihail and Gavrila (a beautiful and mysterious church that was raised in the year 1531).

Breb – Sapanta where for about 4 hours visit the Merry Cemetery and the wooden church inside the Peri Monastery (the highest wooden church in the world, is in the book of records). Then – Sighetul Marmatiei for the Memorial of Communist Victims and the Village Museum. There is camping here – IZA Camping (www.hostel-iza.ro), where you can stay overnight.

I think there is no romanian that has not heard of the Merry Cemetery of Sapanta with its blue crosses. The fame of this cemetery where death is taken away has long passed the boundaries of Romania, reaching one of the most visited places by foreigners who go through Maramures.

The first epitaph of this cemetery dates back to 1935, but in the next 30 years the whole cemetery has been populated with about 800 carved oak-shaped crosses.

At Sapanta-Peri were translated and copied in Romanian for the first time “Psalter”, “The Gospel”, “Legend of Sunday”, “Vorotean Codices” and “Acts of the Apostles”. The Peri Monastery was founded in 1997, with the desire to reinvent the historical tradition of the old Archangel Michael, from Peri, Maramures, today on the territory of Ukraine.

It is the world’s tallest wooden church (78 m). For its construction were used 400 cubic meters of wood. The place is very nice and worth visiting.

Memorial to the Victims of Communism

The memorial is founded by Ana Blandiana and Romulus Rusan, and the Sighet Museum is the product of the Center for Studies in Bucharest.

The Maramures Museum in Sighetul Marmatiei is an outdoor open-air museum with the representation of the Maramures Historical Province. It houses a reserve of monuments of peasant architecture with exhibitions where you can see traditional objects, icons on glass and wood, pieces from the popular port.

At 10:00, we take the “mocanita” from Viseul de Sus and visit Vaser valley – it is a very nice experience that lasts about 5 hours. Then go to Barsana – a very nice village with a superb monastery and a few hundred-year-old wooden churches. Continue to Borsa – where you can reach the Borsa Turism, being able to camp in the evening.

Mocanita from Viseul de Sus is a top attraction in Maramures. The steam and leisure train runs at a low speed (about 21 km / h) on the Vaser Valley to Paltin, in the midst of a beautiful landscape.

Valea Vaserului is beautiful and wild, and the tranquility of nature is interrupted only by the whistling of the “iron horse” and surely the photos you will make will turn into beautiful memories. It is important to book early because the chances of finding free places without reservation are very low.

The church of Barsana monastery is one of the highest wooden churches in Romania, 57 m tall. Set on the Iza Valley, it is an icon of the Maramures Orthodox Christian soul. It is one of the most beautiful places in Romania, an oasis of peace that you do not have to miss.

Barsana is not a monastery (monks), but a monastic complex placed in a dream setting and carefully cared for. There are also several hundred-year-old wooden churches to visit here.

From Borsa there are several mountain trails: The Cailor Waterfall is a must see, Rodeni Mountains Park or Pietrosu Peak. It goes through Prislop – Vatra Dornei – step Tihuta and overnight in Colibita, Bistrita county, at the foot of the Calimani Mountains (here are a beautiful lake, boarding houses and enough camping space).

Access is made from Borsa, and from the chairlift to the waterfall, the road will not take more than half an hour.

The Rodna Mountains is a place where you should be at least once in your life. In the National Park the 19 hiking trails will reveal landscapes, formed by impressive ridges, glacial lakes and unique waterfalls in Romania. The one who leaves the center of Borsa and ends at Pietrosul Rodnei will take you to the most beautiful view of the park.

After lunch, we head to Vatra Dornei. You will pass through the Prislop Pass, the highest passage in the Eastern Carpathians that connects Maramures with Bucovina.

It is located at an altitude of 1416 m., it is 50 km long and offers a charming landscape at the top of the mountain.

Colibita Lake fascinates with its wild beauty, but also with dozens of legends circulating around it. The locals say the lake is cursed and it takes at least a life as its annual tribute. Here you will find plenty of boarding houses, restaurants and camping sites.

The city is one of the most important academic, cultural, industrial and business centers in Romania.

Cluj has a wide range of buildings, cemeteries, religious buildings, monuments, statues, museums, squares or bridges of great historic importance. The Gothic Church of St. Michael is one of the most imposing edifices of worship in Romania, 70 meters long and with a maximum height of 80 meters. 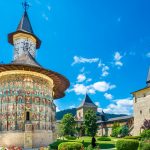 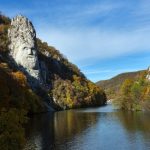