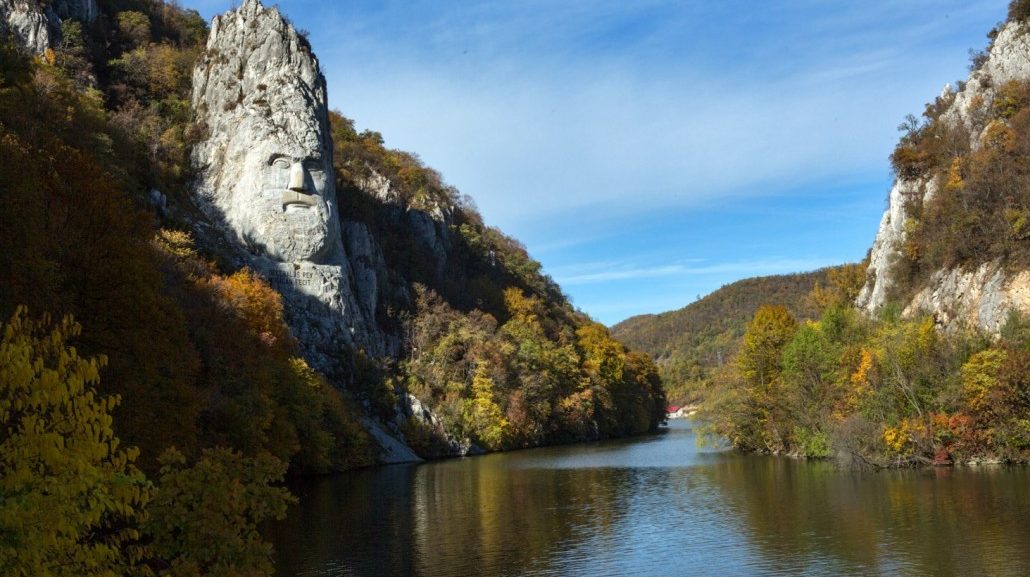 We are offering you a campervan journey this time to visit Hateg Country and Danube Boilers.

Continue and find the map of the route along with the description of the touristic objectives proposed by Rulote 4 Travel to be visited. 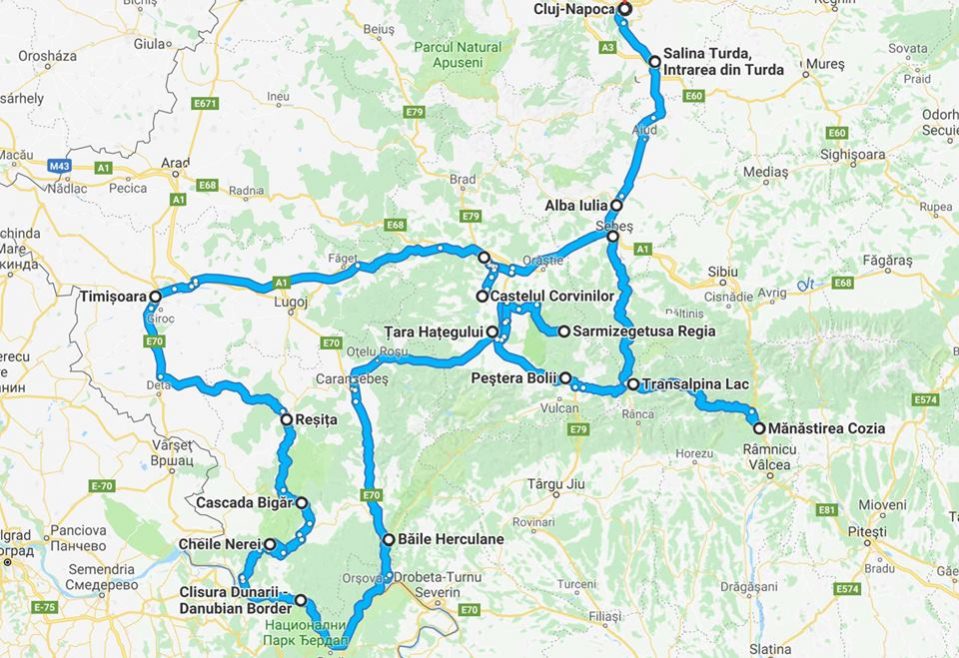 Start from Cluj Napoca and pass through the city of unification, arrive in Alba Iulia, for the first day and end in the Deva county.

In Hunedoara you should not miss the Corvin Castle, being one of the top medieval castles in Europe, built by Iancu de Hunedoara near Sanpetru Hill (where two Dacian fortresses and a medieval one were discovered). It was the home of the Corvin family, and now it is a museum, a place of art and culture frequented by tourists around the world.

The Fortress of Deva

Another tourist attraction worth visiting in Deva is the Fortress of Deva. It is one of the most important medieval fortresses in Transylvania. It was built to protect the Mureş Valley from the Tatar invasion. Documents attest to it the first time in 1269!

Iancu de Hunedoara receives it in 1444 and transforms it from a defensive fortress into a noble fortress. It has been destroyed several times throughout history. It is now restored, arranged and illuminated at night. We can safely say that it is the symbol of Deva.

Baroque Union Square is the oldest market in Timisoara. It was originally called Losonczy Square, after the name of the committee, Stefan Losonczy, killed in 1552, when the fortress was conquered by the Turks. The current name was given in 1919, after August 3, that year, the Roman troops entered Timisoara and stopped here.

In the summer season, the market is filled with young people who want to spend their free time on the outdoor terraces.
The Market houses the Roman Catholic Dome, the Baroque Palace, the Serbian Orthodox Episcopal Cathedral, the Trinity Monument, the Mineral Water Fountain.

Resita – the museum of steam locomotives

The Resita Steam Locomotive Museum is set out in the open air in the Triaj area. The museum was inaugurated in 1972, and tourists can admire 16 dead-steamed steam locomotives. The attractions of the museum are the “Resicza” locomotive and the “Elena Princess” locomotive.

The Oravita – Anina Railway, also called “Banatan Semening”, is the oldest mountain railway in Romania. The 34 kilometers of the most spectacular Romanian railways can be passed in about two hours, thanks to the difficult route. The route is also referred to as the “Belene Signing” due to the similarity with the “Semering” railway in Austria.

Nowadays, on the line Oraviţa – Anina there is a single train made up of an electric diesel locomotive, built specifically for this railway, and two unbundled wagons with wooden benches built in 1930.

Nerei Keys are the longest and most beautiful keys in our country, but also in Europe, where tourists can admire an unique landscape. The keys are formed by the Nera river, between the Sopotul Nou and the Romanian Sasca. Lake Dracului, Ochiul Beiului Lake or Beushnita Waterfalls are some of the natural wonders that can be admired in the Nerei Keys.

The Danube Cluster comprises the longest and most beautiful gorge in Europe, that is the Danube Gorge. The Danube waters dug in granite and limestone this fascinating keys with narrow sectors and depression basins.

The Herculane tourist area is one of the most famous areas in Banat thanks to Baile Herculane resort, but also to the National Park “Domogled – Cerna Valley”. Although it is at an altitude of only 168 meters, in Baile Herculane it is possible to breathe ionized air at 1.500 – 2.000 meters, comparable to that of the Swiss Alps or the Niagara Falls

It is 3 km from the town of Hateg, in the Slivut forest. It is worth knowing that it is the first bison reserve set up in Romania (1958). It currently contains 7 specimens of bison, with names starting with RO: Romeo, Romina, Rozina or Romanita.

Here is what you can also visit in the area: the Hateg Land Museum, the Malaiesti Citadel, the Berthelot Manor, the Royal Castle of Hateg.

The site known as the Mountain Garden – Sarmisegetusa Regia (Orastioara de Sus, Hunedoara County) is part of the Dacian fortress complex in the Orastia Mountains. It is the largest settlement known for the Dacian space, being stretched on a hill with a length of approx. 4.5 km.

It is called so because of Zaria voivode, who in the Middle Ages received the lands and forests of the current city of Petrosani. The cave is one of the largest in Transylvania and among the best arranged in the country. It has a scene where concerts are often held and houses two species of bats. Here, the ZDF studios in Germany filmed “Song of the Nibelungi” and “The Code of the Gods”.

Cozia Monastery is one of the oldest and most beautiful places of worship in Valcea County. The medieval monastic complex, which was built between 1387-1391, is located in Calimanesti and was founded by Mircea the Elder, Prince of Wallachia.
Besides its historical importance, the monastery also has a cultural importance, and since 1415 there has been a school for many centuries, a school, and here are the royal churches, important historical documents. Over the years, the monastic ensemble has been renovated and expanded, and now the medieval church founded by Mircea the Elder, is still preserving some of the original paintings, and can still be admired.

The Transalpina Road, believed to be the highest road in our country. It connects the historical regions of Oltenia and Transylvania and crosses, in total, four counties: Gorj, Valcea, Sibiu and Alba. Transalpina is one of the old mountain roads that cross the Carpathians, and it is said to have originally been a Roman corridor.

Transalpine is also known as the “King’s Road” because during the Second World War, King Carol II ordered his restoration. Although in 2015 it was reopened for traffic, its crossing is done under construction conditions, the road still being repaired.

According to businessinsider.com, Salina Turda is number 22 in the top of the world’s most spectacular landmarks.

The Turda salon was restored between 2008-2010. A panoramic lift, a gondola wheel, have been created, a recreational area with a dock where tourists can get with the boats. 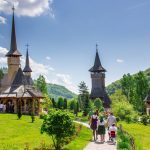 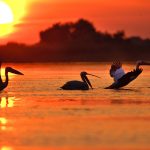